Skip to content
Progressive Medical ConceptsArticlesEquipmentCan I Offer You a Lift? 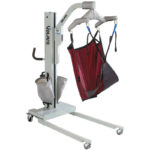 SMT Health Systems is the manufacturer of the Volaro Patient Lift. Located in Detroit Lakes, Minnesota, they developed the first American made, battery operated, full body patient lift in 1988. A few years later, SMT developed a new kind of sit-to-stand electric lift. This device would aid in bed to wheelchair transfers for those patients that can bear at least 40% of their body weight. It also would not require a sling covering the lower body making it easier to conduct disrobing. This new sit-to-stand lift was named PAL – short for Professional Assistant Lift. SMT has continued to lead the development of products that help to reduce risk of injury and assist in safe patient handling.

I believe there are many distinct advantages that separate the Volaro lifts from their competitors, beginning with the their product line diversity. They produce full body lifts for 450, 700, and 1000 pounds; as well as 400 and 500 pound models of the sit-to-stand (PAL) lift—all with or without a scale. In addition, they offer more sling options than others in the industry with sizes ranging from XX Small to 5X Large. Also styles range from hammock, divided leg, sit-to-stand, toileting, gait trainer and recumbent.

The Volaro is a top of the line lift, and from a clinical perspective, the Volaro offers advantages such as a non-arcing beam, which lifts the patient perfectly vertical. With an arcing beam design, the higher you raise the lift, the closer the patient comes to the lift mast. As a result, the patient must be maneuvered while being raised or lowered to prevent interference with movement and to avoid skin shear or tear. Also, the range of vertical movement of the Volaro well exceeds most lifts. It extends low enough to lift a patient from the floor, and high enough to clear most whirlpool tubs. In addition, the lift handles have built-in controls, which give the caregivers better feel and maneuverability during lift and transfer. There is also an independent hand controller to aide in emergencies where only one caregiver is available or for some other unusual/difficult situation.

Most lift purchases require an upper management or corporate approval and/or budgeted capital expense. As with any major purchase, justification is a must. Lifespan, warranty, and ongoing maintenance and repair cost is important in this justification. The Volaro lifts are made of a higher grade and gauge of steel than others and will withstand the demands of any health care facility. The batteries on the Volaro are heavy duty, and with a proper charging routine, will last 12-16 months longer than its competitors. Common replacement parts on lifts are the hand controller, hanger safety clips, casters, batteries and actuators. These most lifts, parts replacement cost $200-$750 annually after the first two years with a life expectancy of 10-15 years. The Volaro lift life expectancy is 20 plus years with the most common replacement part being control buttons, batteries, and casters averaging $20-250 annually after the first five years. One can see that the entire life expectancy costs should be considered when considering lifts, rather than just the purchase cost.

In summary, the Volaro lift by SMT is one of most well designed, reliable, and safe lifts built and comes highly endorsed by caregivers, patients, management, and maintenance. 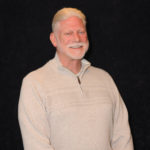